The seller recommends it as a gift.
Item details
Ask the seller a question
Seller 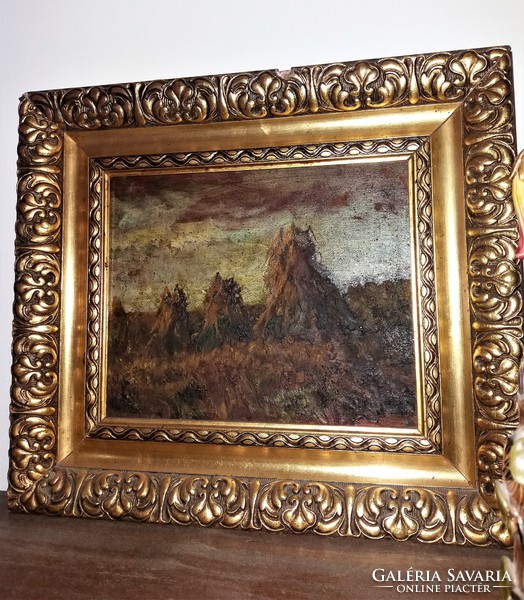 Dayka antal (operated in the first half of the 20th century)

Beautiful real artwork! The picture is even better live! But the photos also give back the artistry of the image.

The painting is flawless, the frame is almost flawless except for a slight bounce from the decoration.

The originality of the image is guaranteed by a perpetual money back guarantee!

Born in 1868, Dayka Antal is a painter and writer. At a young age, he was a capitalist official and newspaper writer. He published his poems and articles in several newspapers, but he also wrote plays and farewells. In 1902 he studied at the painting school in Nagybánya, later he worked in Szolnok. In 1922 he settled in Kecskemét, where he was a friend of the actor Antal Pager, who fondly remembers him. His landscapes have been exhibited since 1920. He died in Kecskemét on August 18, 1926.

If you have any questions, ask the seller.
Report this item
Ad